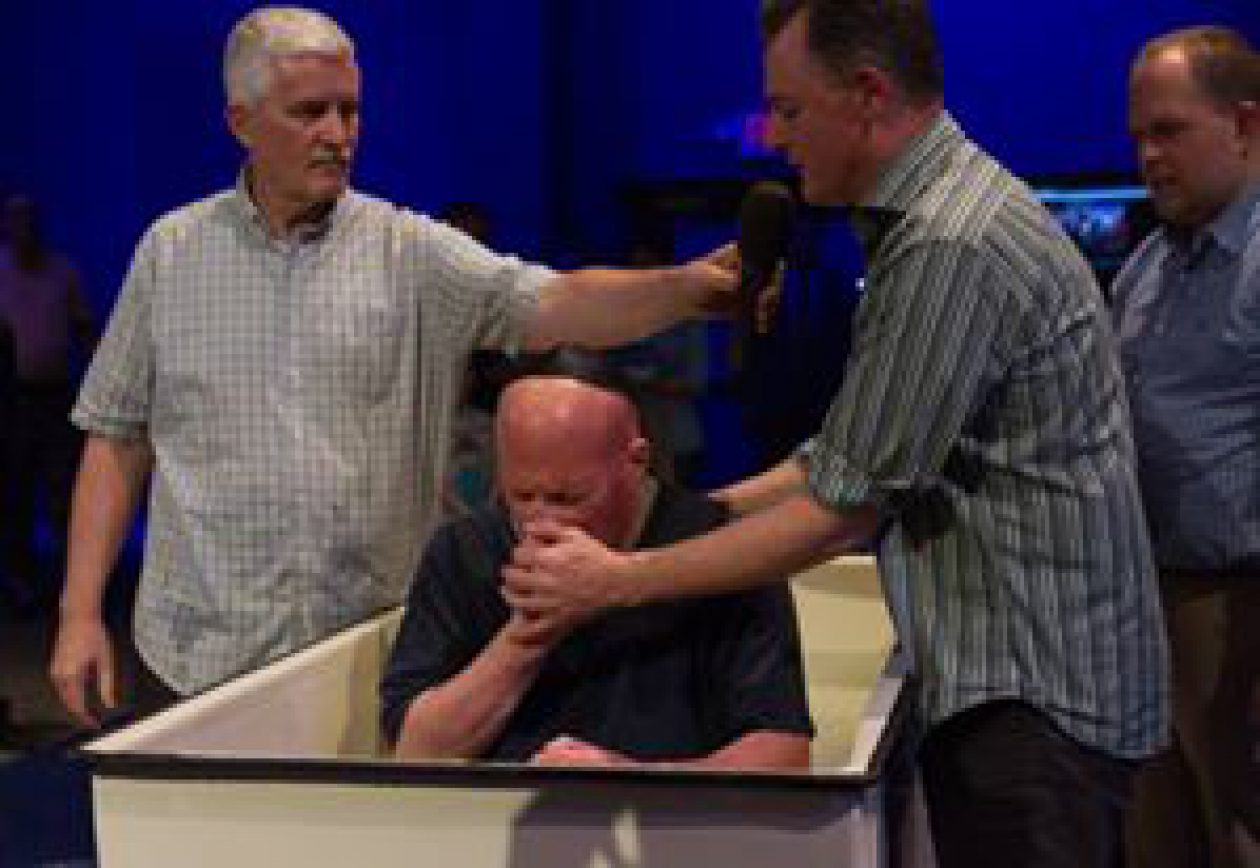 The coronation of the King Obama was done on Monday January 21st, 2013. Obama is now officially the Yeshua of our country. Obama believes he is the second coming of Yeshua and thus the Constitution, the Bill of Rights and the laws of the land have no meaning for him. He can make his own laws and govern as only a King like Obama seems fit.

Obama can rewrite the Torah, the word of Adonai to suit him. Jeaze don’t you get it Obama won the election and now he is the master of us all. “We The People” must bow down to him and carry out all of his sacred commands. This is the message from on high from our ruler and King Obama.

For Obama, the state run media, the Democrat-Republican Party are his shills to carry out the word from our master. I use Democrat-Republican Party both of these party’s are the same. In reality the only difference between the two is this. One wants to go over the cliff at one hundred miles an hour while the other uses the brakes so that we only go over the cliff at sixty miles per. What difference! Both parties want to do away with all of our Constitutional rights. They both view us as their slaves and servants and we must bow down to their every whim and desire.

Obama proclaimed in his coronation speech that, “If God truly created us equal then gay marriage is okay.” The word of Adonai says this about gay marriage.

Romans 1:24-27  “Wherefore God also gave them up to uncleanness through the lusts of their own hearts, to dishonour their own bodies between themselves:

25 Who changed the truth of God into a lie, and worshipped and served the creature more than the Creator, who is blessed for ever. Amen.

26 For this cause God gave them up unto vile affections: for even their women did change the natural use into that which is against nature:

27 And likewise also the men, leaving the natural use of the woman, burned in their lust one toward another; men with men working that which is unseemly, and receiving in themselves that recompence of their error which was meet.”

Leviticus 18:22 Thou shalt not lie with mankind, as with womankind: it [is] abomination.

Leviticus 20:13 – If a man also lie with mankind, as he lieth with a woman, both of them have committed an abomination: they shall surely be put to death; their blood [shall be] upon them.”

Genesis 19 And there came two angels to Sodom at even; and Lot sat in the gate of Sodom: and Lot seeing [them] rose up to meet them; and he bowed himself with his face toward the ground;

2 And he said, Behold now, my lords, turn in, I pray you, into your servant’s house, and tarry all night, and wash your feet, and ye shall rise up early, and go on your ways. And they said, Nay; but we will abide in the street all night.

3 And he pressed upon them greatly; and they turned in unto him, and entered into his house; and he made them a feast, and did bake unleavened bread, and they did eat.

4 But before they lay down, the men of the city, [even] the men of Sodom, compassed the house round, both old and young, all the people from every quarter:

5 And they called unto Lot, and said unto him, Where [are] the men which came in to thee this night? bring them out unto us, that we may know them.

6 And Lot went out at the door unto them, and shut the door after him,

7 And said, I pray you, brethren, do not so wickedly.

8 Behold now, I have two daughters which have not known man; let me, I pray you, bring them out unto you, and do ye to them as [is] good in your eyes: only unto these men do nothing; for therefore came they under the shadow of my roof.

9 And they said, Stand back. And they said [again], This one [fellow] came in to sojourn, and he will needs be a judge: now will we deal worse with thee, than with them. And they pressed sore upon the man, [even] Lot, and came near to break the door.

10 But the men put forth their hand, and pulled Lot into the house to them, and shut to the door.

11 And they smote the men that [were] at the door of the house with blindness, both small and great: so that they wearied themselves to find the door.

12 And the men said unto Lot, Hast thou here any besides? son in law, and thy sons, and thy daughters, and whatsoever thou hast in the city, bring [them] out of this place:

13 For we will destroy this place, because the cry of them is waxen great before the face of the LORD; and the LORD hath sent us to destroy it.”

There shall be no whore of the daughters of Israel, nor a sodomite of the sons of Israel.

Thou shalt not bring the hire of a whore, or the price of a dog, into the house of the LORD thy God for any vow: for even both these are abomination unto the LORD thy God.

Yet we have a man named Obama who is lord over us all and what he says is the law of the land. Yet, the word of Adonai is very clear on what happens when a man gets too full of himself and thinks he is Adonai or Yeshua.

Corinthians 3: 18-23, “Do not deceive yourselves. If any one of you thinks he is wise by the standards of this age, he should become a “fool” so that he may become wise. 19 For the wisdom of this world is foolishness in God’s sight. As it is written: “He catches the wise in their craftiness”a; 20 and again, “The Lord knows that the thoughts of the wise are futile.”b 21 So then, no more boasting about men! All things are yours, 22 whether Paul or Apollos or Cephasc or the world or life or death or the present or the future—all are yours, 23 and you are of Christ, and Christ is of God.

I Timothy 6 :3-10, “3 If anyone teaches false doctrines and does not agree to the sound instruction of our Lord Jesus Christ and to godly teaching, 4 he is conceited and understands nothing. He has an unhealthy interest in controversies and quarrels about words that result in envy, strife, malicious talk, evil suspicions 5 and constant friction between men of corrupt mind, who have been robbed of the truth and who think that godliness is a means to financial gain.

6 But godliness with contentment is great gain. 7 For we brought nothing into the world, and we can take nothing out of it. 8 But if we have food and clothing, we will be content with that. 9 People who want to get rich fall into temptation and a trap and into many foolish and harmful desires that plunge men into ruin and destruction. 10 For the love of money is a root of all kinds of evil. Some people, eager for money, have wandered from the faith and pierced themselves with many griefs.”

Oh what a dangerous path we are embarking on. This will lead to our destruction if we don’t change our ways.

This story appeared on www.cnsnews.com

President Barack Obama opened his second inaugural address by quoting the statement from the preamble to the Declaration of Independence that all men “are endowed by their Creator with certain inalienable rights.”

He then went on to say that if men were in fact created equal, then homosexual “love” must be equal as well.

“What makes us exceptional, what makes us American,” said Obama, “is our allegiance to an idea articulated in a declaration made more than two centuries ago: ‘We hold these truths to be self-evident, that all men are created equal; that they are endowed by their Creator with certain unalienable rights; that among these are life, liberty, and the pursuit of happiness.’”

“Today we continue a never-ending journey to bridge the meaning of those words with the realities of our time,” said Obama. “For history tells us that while these truths may be self-evident, they’ve never been self-executing; that while freedom is a gift from God, it must be secured by His people here on Earth.”

A bit later in his speech, Obama returned to the theme of God creating all men equal, and this time tied it directly to his belief that the “law” should extend equal treatment to “the love” of homosexuals.

“Our journey is not complete until our gay brothers and sisters are treated like anyone else under the law, for if we are truly created equal, then surely the love we commit to one another must be equal as well,” said Obama.

The lie is that gay people do have equal protection and equal rights under the law of the land.

This story also appeared on www.cnsnews.com

Rep. Charlie Rangel (D-N.Y.), speaking on “MSNBC Live” on Jan. 16 said that “some of the southern areas have cultures that we have to overcome” when it comes to gun control.

Rangel was asked by anchor Thomas Roberts whether new gun control measures passed in New York State should serve as models for other states:

“If you’re proud of what New York has done, obviously there is not going to be any perfect policy or perfect law that everybody is going to agree on from both sides saying that this is key perfection but do you think that New York, and what has been done in this state, could be used as a role model for other states that would like to enact something of New York’s model?”

Rangel responded by saying: “Well I hope so. New York is a little different and more progressive in a lot of areas than some other states and some of the southern areas have cultures that we have to overcome.”

Wrangle has broken the law. He has not paid taxes in many years. He steals and puts our hard earned money into his pocket. This is another example of what happens when corrupt people take office. Wrangle is for stealing. What part of Thou Shall Not Steal does Wrangle understand. It is okay if politicians to steal under the new Torah written by Obama.

This from the Drudge Report. www.drudgereport.com

A well regulated militia being necessary to the security of a free state, the right of the people to keep and bear arms shall not be infringed. – Second Amendment

Dr. Lott explained to CNN’s Soledad O’Brien that all but one mass shooting in America occurred within “gun-free” areas. For instance, the recent Colorado movie rampage happened in the only theater in the vicinity (of seven) which forbids firearms. Lott observed that Germany, despite draconian gun restrictions has suffered worse mass murders. Criminals don’t follow firearm laws, thus Lott advises eliminating “gun-free” zones.

Most liberals’ only experiences with firearms come via headline instigating crimes, which jade their conception of an armed citizenry. Homeowners defending the hearth rarely attract much media notice; nor will many liberals be found frequenting shooting ranges or hunting. Rather than familiarize themselves with firearms, it’s apparently more rewarding to delight in self-righteous approbation by restricting rights for those who haven’t harmed anyone.

In the end all “We The People” have is the word of Adonai to protect us. For if we seek Adonai’s guidance, pray, and fast and then take action against tyranny we will be able to turn this hellhole around.

Adonai has the final word.