The following may sound very strange in the modern world yet it has to do with an act of the love. Let the following passage from the Daily Wisdom explain this very act of love. 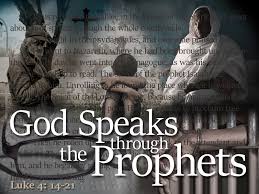 “G‑d then instructed Moses and the Jewish people to set aside 48 cities for the Levites, who would not receive any agricultural territory in the Land of Israel. The Levite cities served also as “cities of refuge.” When someone committed an unintentional act of murder, the relatives of the victim were allowed to kill the murderer unless he had fled to one of these specially designated cities.

[G‑d instructed Moses,] “The cities you must give the Levites must [include] the six cities of refuge.” Numbers 35:6

The reason why Levite cities served also as cities of refuge was because the Levites’ lives were the antithesis of unintentional murder. The murderer’s confinement to these cities therefore served to neutralize the effect of his crime.

Unintentional murderers were liable to the death penalty only if the murder was the result of their negligence. Negligence that can result in another person’s death is a blatant disregard for other people’s welfare. This insensitivity toward other people is diametrically opposed to the ideals of brotherhood exemplified by the Levites. The Levites’ role is to connect the Jewish people with G‑d – through the Tabernacle (and Temple) service – and to connect them with one another, by teaching them the Torah.